The Iliad, Hephaestion and Alexander’s Jealousy 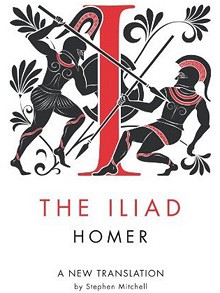 Recently, I bought the audiobook version of Stephen Mitchell’s translation of The Iliad. I have been listening to it at work and it has been a very intense experience.

One battle after another, one Greek or Trojan after another being killed in the most gruesome way. Homer does not spare you in his descriptions but – and this is surely his genius as a poet – he never descends into any kind of slaughter-porn; the deaths are treated with an amazing, and very mature, matter-of-factness.

As a result, the story never gets too much to bear. With that said, I can only listen to it for an hour or two every day before I need to take a break.

A few days ago, perhaps last week, I read an author who suggested that Perdiccas might have been a few years older than Alexander. This got me thinking about how Alexander sent Perdiccas with Hephaestion into Gandhara. It was 327 BC, and their

… instructions were to take by force or negotiate the surrender of all the towns on their route, and, once arrived at the Indus [River], to make all necessary preparations for the crossing of the river.
(Arrian IV.22.7)

Why did Alexander send two of his three most senior officers* away together? My Oxford World’s Classics edition of Arrian says that ‘Alexander needed a macho officer to balance the less bellicose Hephaestion’.

This seems to me to be a rather extraordinary statement. It can only come from the view that Hephaestion was not first-and-foremost a military man. Therefore, he must have been a bit soft.

So much for Hephaestion not being a ‘bellicose’ man. But if we rule the Oxford World’s Classics’s explanation out, why did Perdiccas travel with him? Well, I’m not going to pretend I know; I don’t, but a thought that came to me is that perhaps, if Perdiccas was appreciably older than Alexander (with whom Hephaestion was coeval), just perhaps, he was not there to cover the military side of the mission while Hephaestion handled the non-military but was assigned to Hephaestion to act as a mentor – to help him grow as a military commander rather than replace him as one. It’s just a thought.

* The third being Craterus

I am on Twitter – @secondachilles if you would like to follow me – and yesterday I had a conversation with someone that led me to this passage,

… Alexander never used to greet the news that Philip had captured an important city or won a famous victory with particular delight; instead, he used to say to his friends, ‘Lads, my father’s going to pre-empt me in everything. By the time he’s finished, there’ll be nothing important left for me to present to the world, no splendid victories to be won with your help.’
(Plutarch Life 5)

Isn’t it amazing that Alexander worried about this? In his youth, he must have either had a very limited conception of the size of the world or else regarded most of it as being simply beyond reach. More likely, though, he never said any such thing and that the anecdote is based not on a specific conversation but on Alexander’s attitude and his tendency to be jealous of other people’s achievements – see how he called the Battle of Megalopolis in 331 BC ‘a battle of mice’ (Plutarch Life of Agesilaus 15) and his fatal quarrel with Black Cleitus (Curtius VIII.1.22-52).